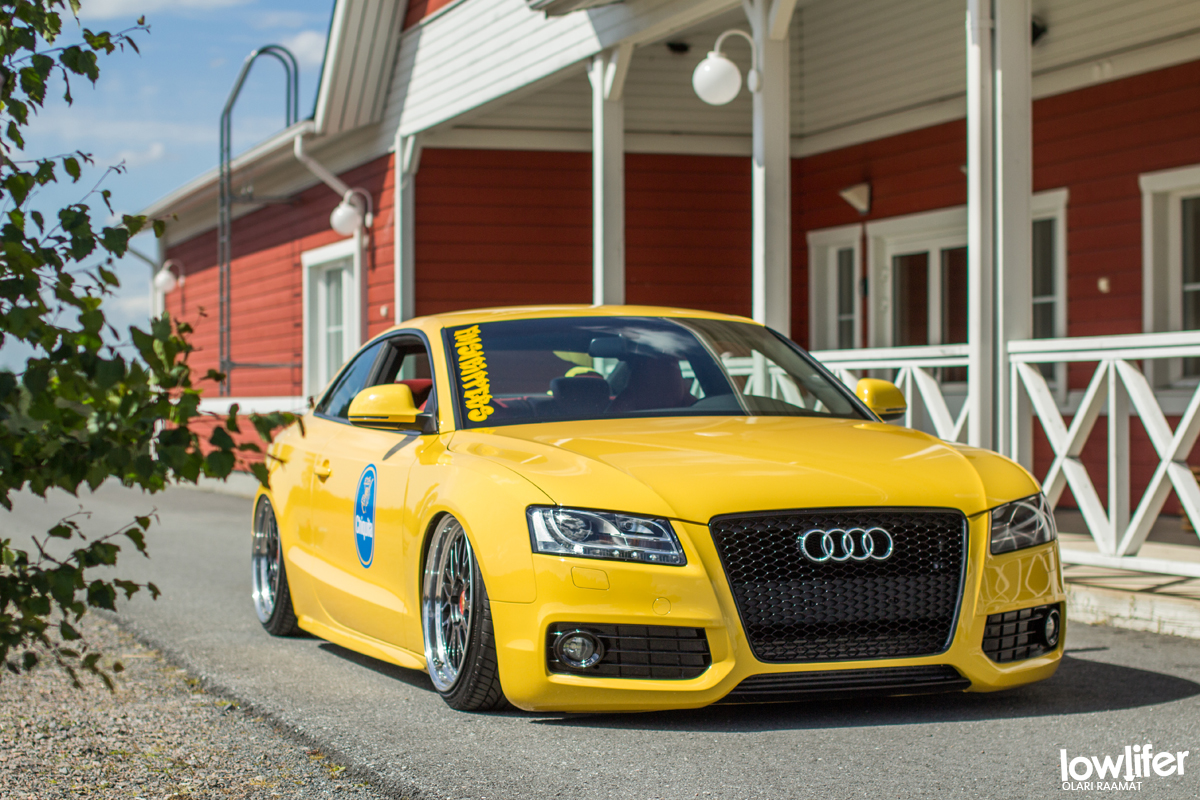 You already had the chance to read about our trip to NPS Big Meet 2014, but photos of few awesome cars were then left out from that article on purpose. Now I will give you a closer look at one of them. 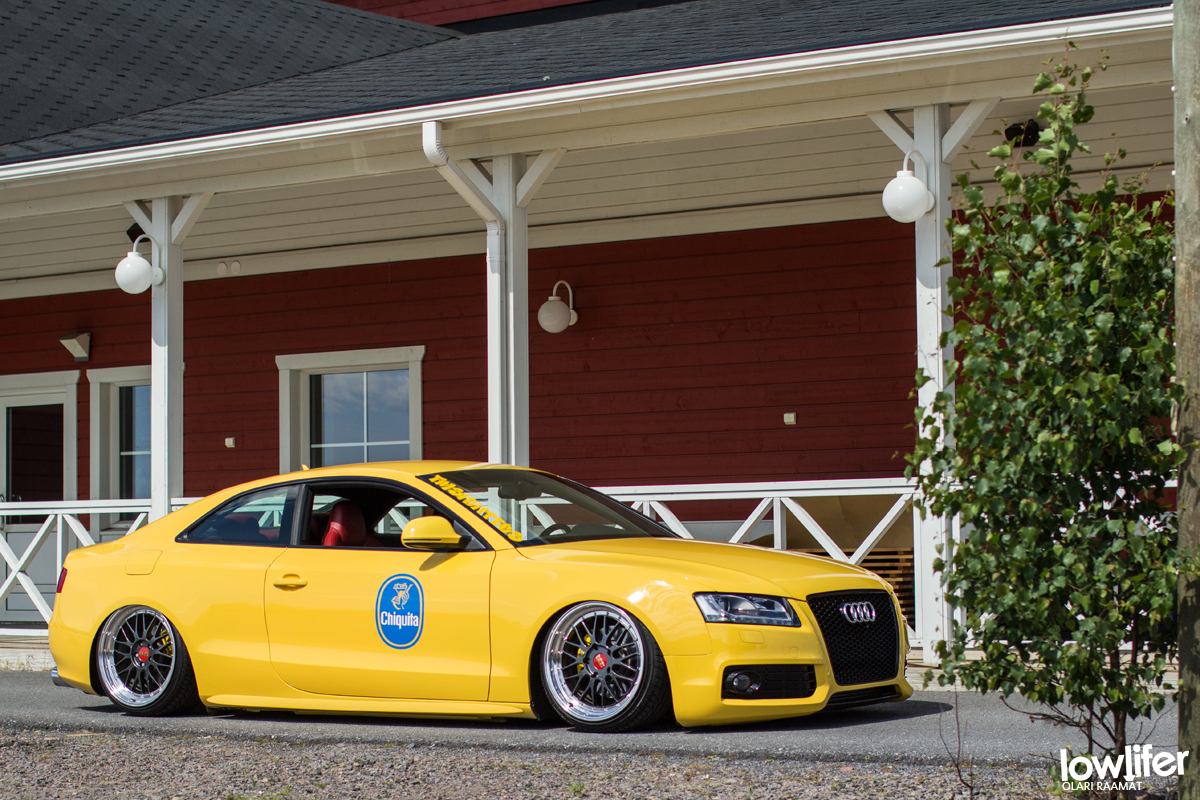 This Audi A5 was parked outside the first guest house on the street going to the main event area. As you can imagine it attracted attention right away. At that time it didn’t have the blue stickers on the doors yet but nevertheless it was really eye-catching. 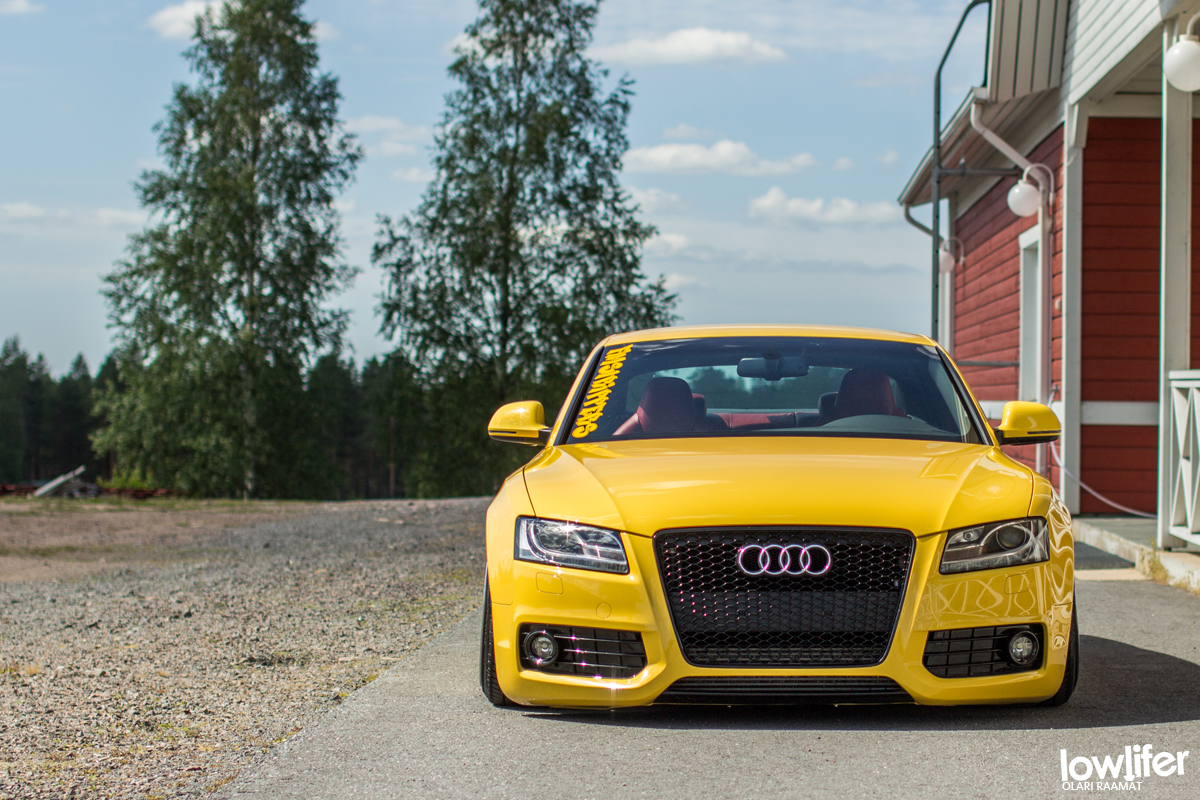 The front end is made a bit more agressive with the help of RS5 front grille and S5 bumper. On the sides you can see the added S5 door blades. 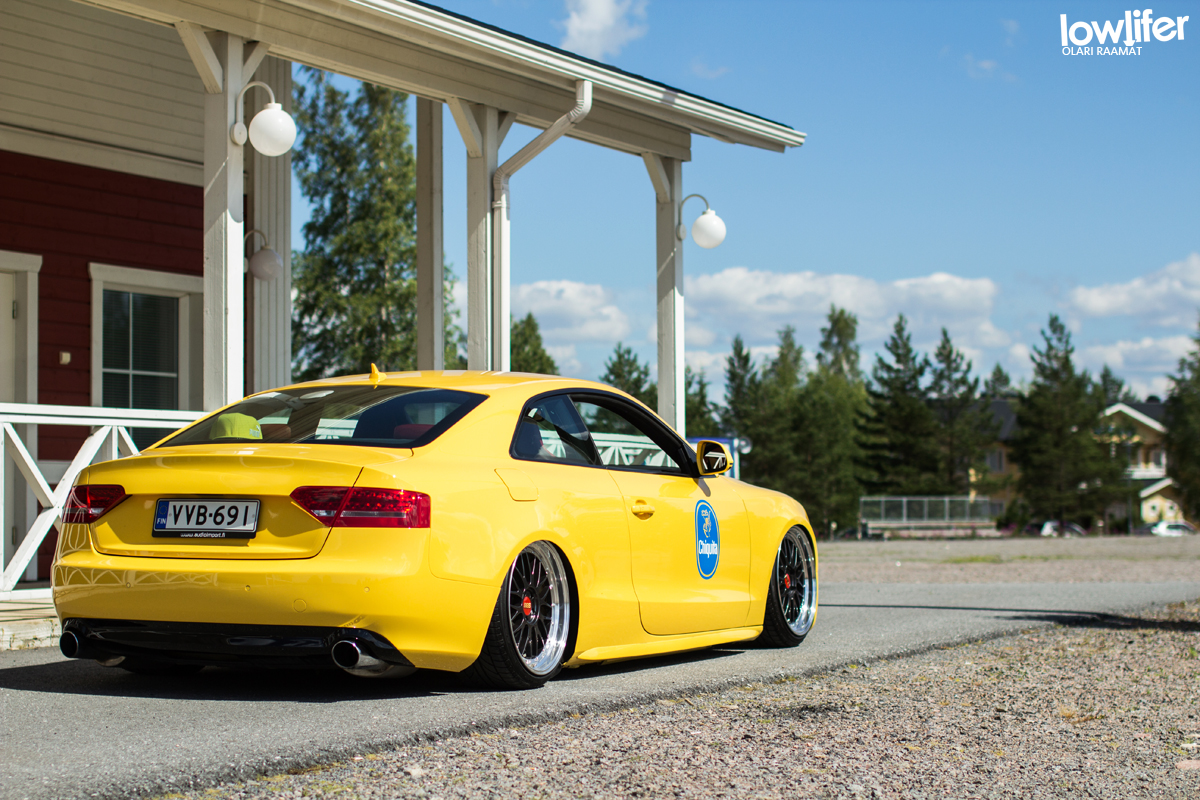 If you think that the car is wrapped yellow – you’re wrong this time. It is the original Imola Yellow color. The owner Tuukka had been searching for an A5 in that particular color for two years from all over Europe. Then he finally found the perfect combo on sale in Southern Germany and asked a friend there to pick it up for him. 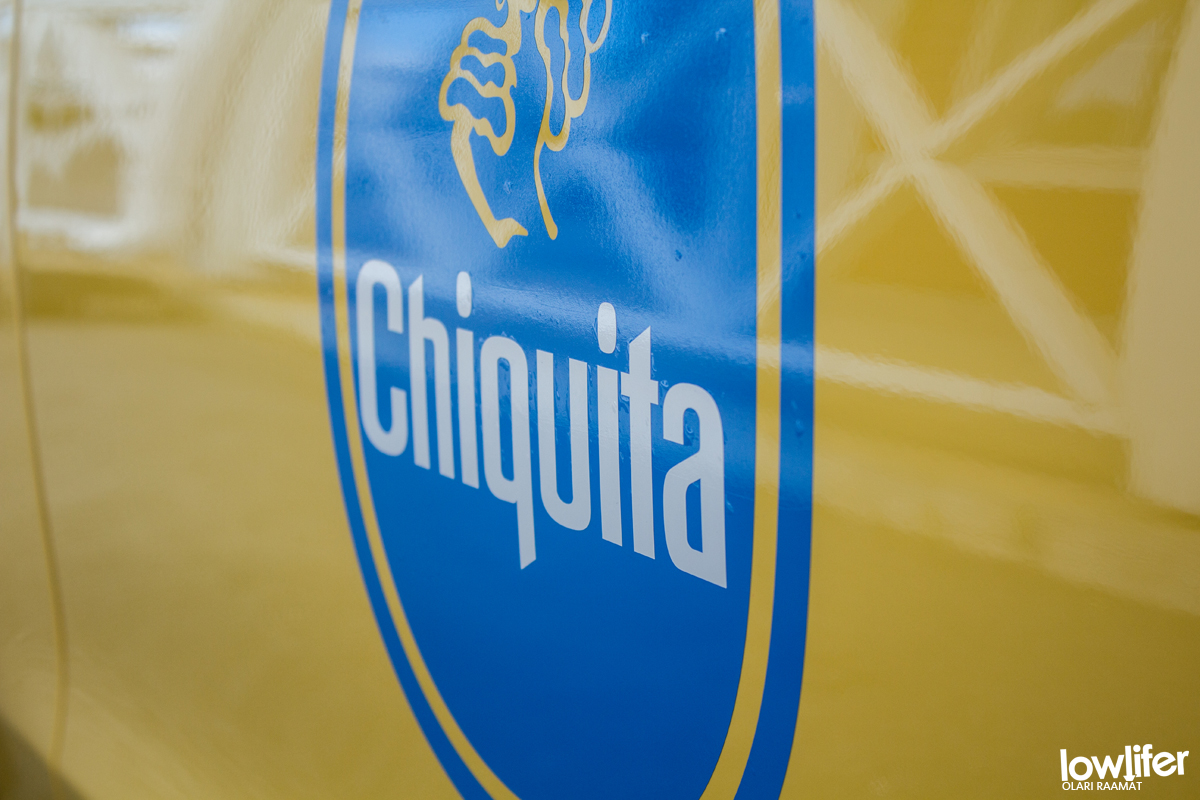 Money flavored banana? Why not, for it’s banana colored paint. Before the start of the event Tuukka added those big blue Chiquita logos too. Also the smooth and aerodynamic bodylines can remind a banana in a way. The stickers were just a joke he came up with only a few days before the Big Meet. For now these have been removed but Tuukka said they might go back on for some future events. 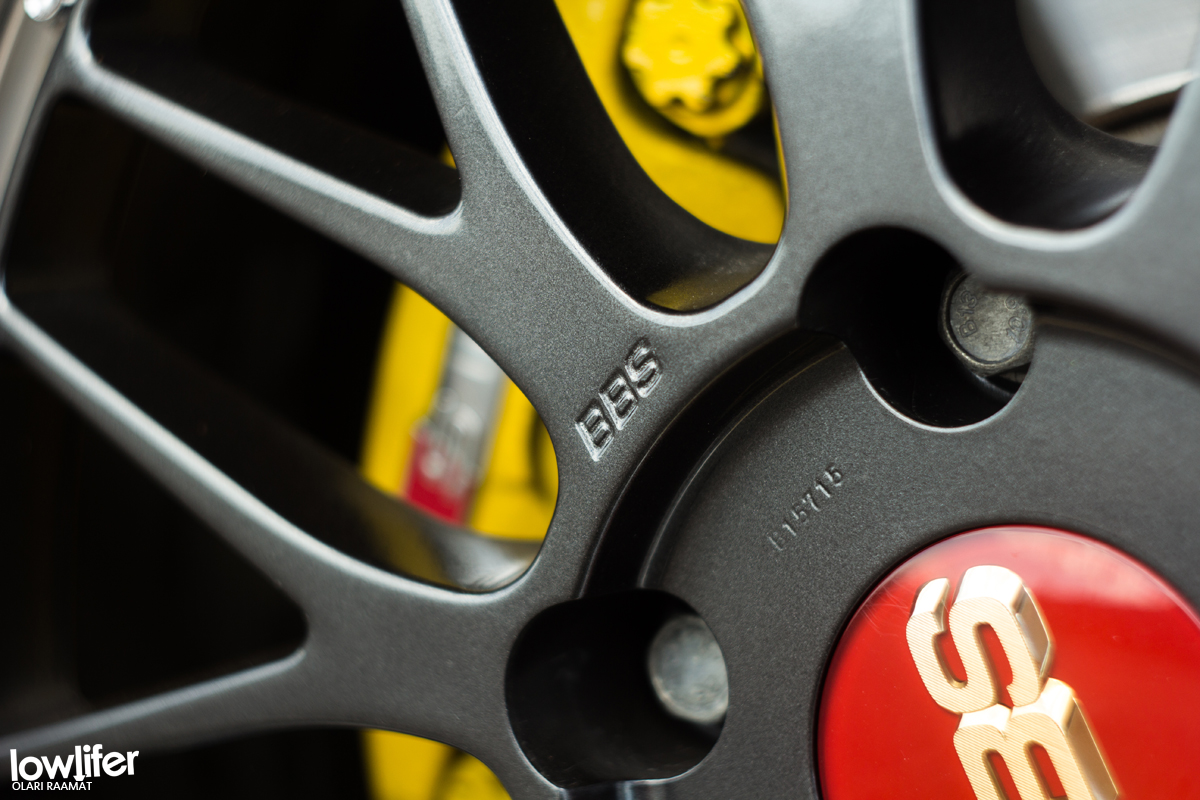 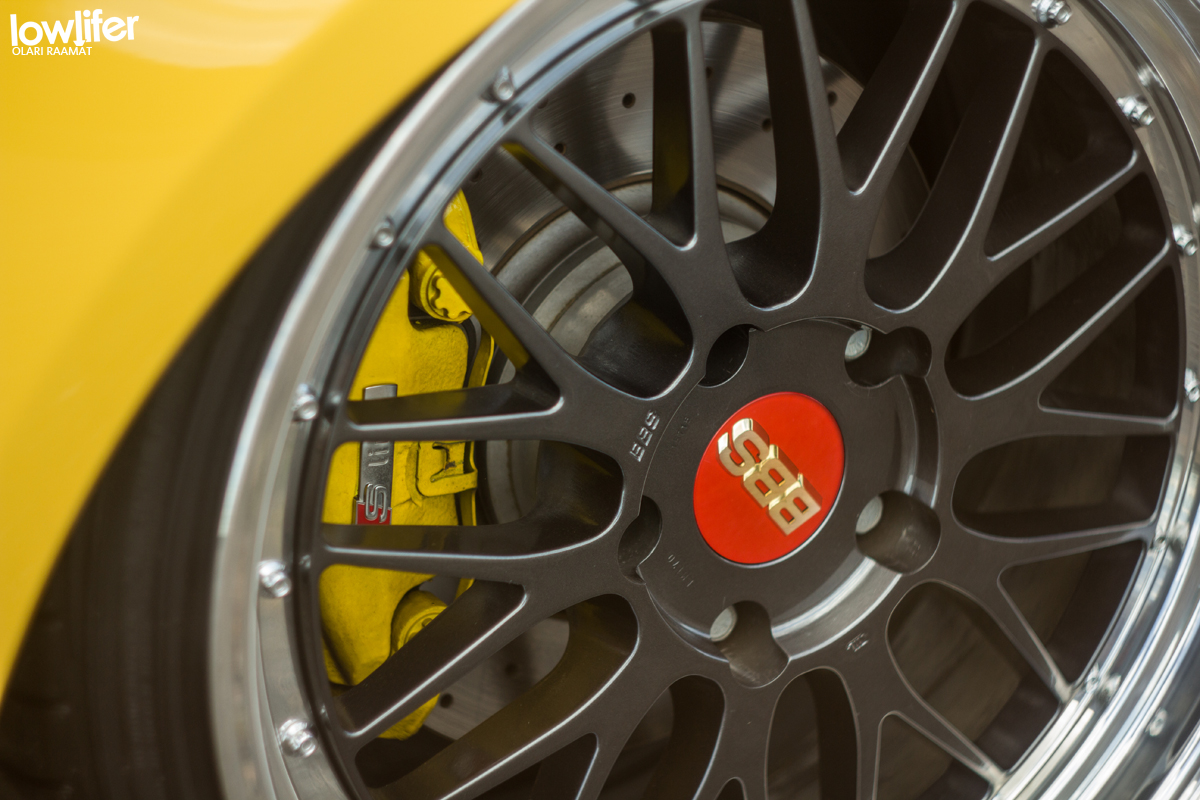 This Audi was sitting on original 19″ BBS Le Mans wheels. The fronts are 10-inches wide and have 235/35 Achilles tyres mounted on them. 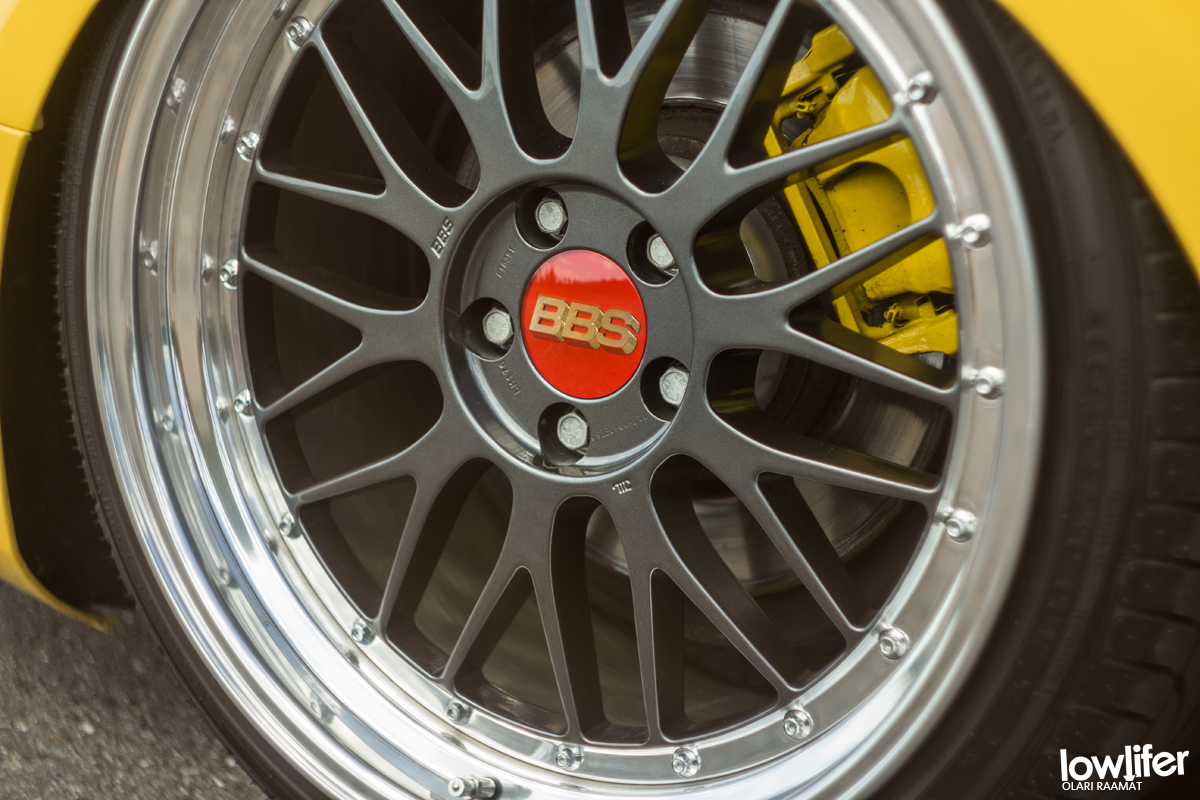 The rears are 11 inches wide and have 265/30 tyres. The more sharp-sighted ones already noticed a little difference in the wheel centers. This is because front wheels are Porsche-spec with the PCD of 5×130 and rears are Ferrari-spec with 5×108. What’s also interesting that when the car is bought from Germany, the front wheels come from the UK and the rear wheels have been sourced from Italy. Tuukka had the wheels waiting for the right car for some time before this A5. As for the Audi’s 5×112 PCD, custom adapters were made to assure a perfect fit. 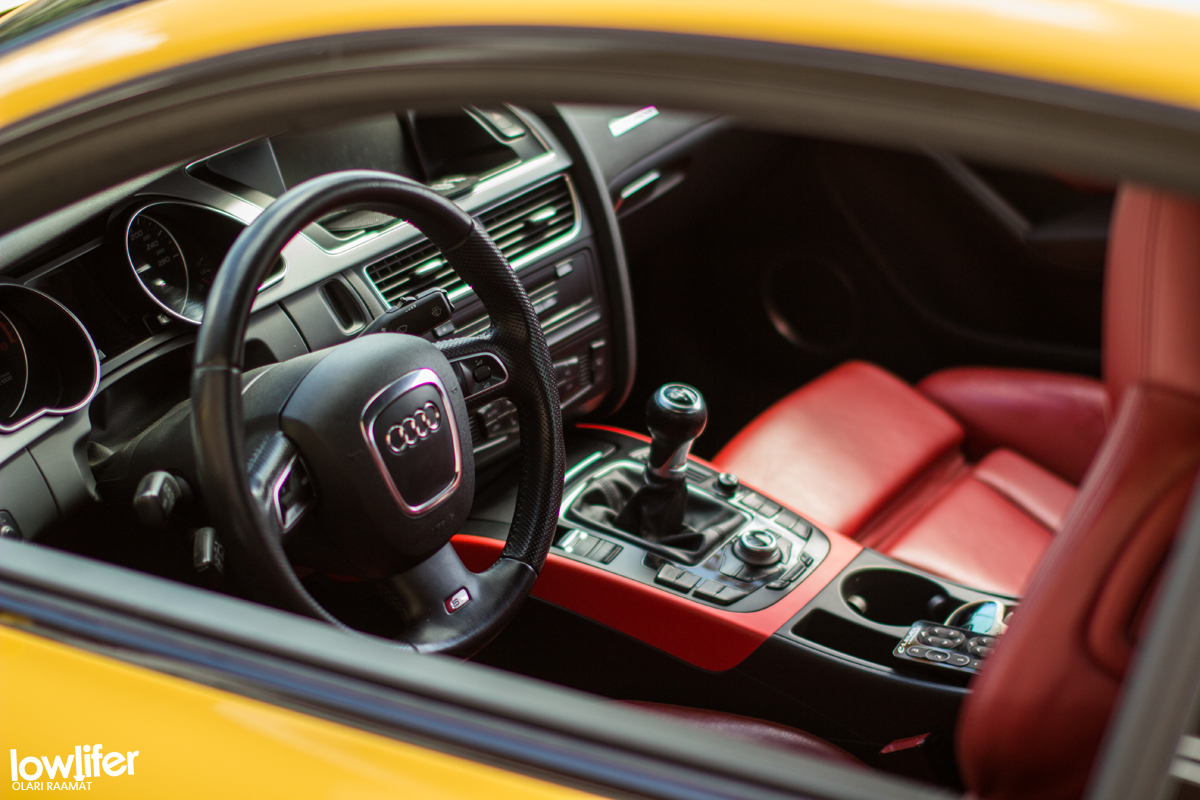 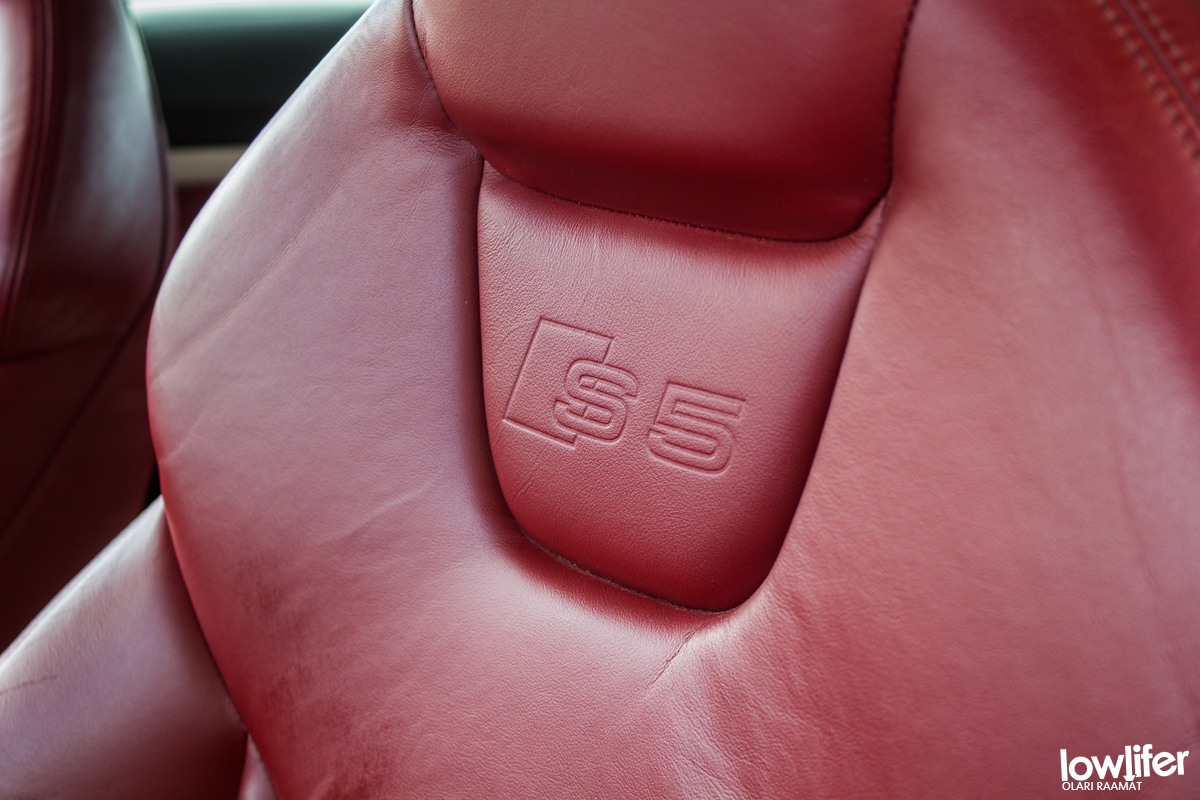 The black S-Line interior that had previously been in the car was fully swapped with S5 Magma Red leather interior. 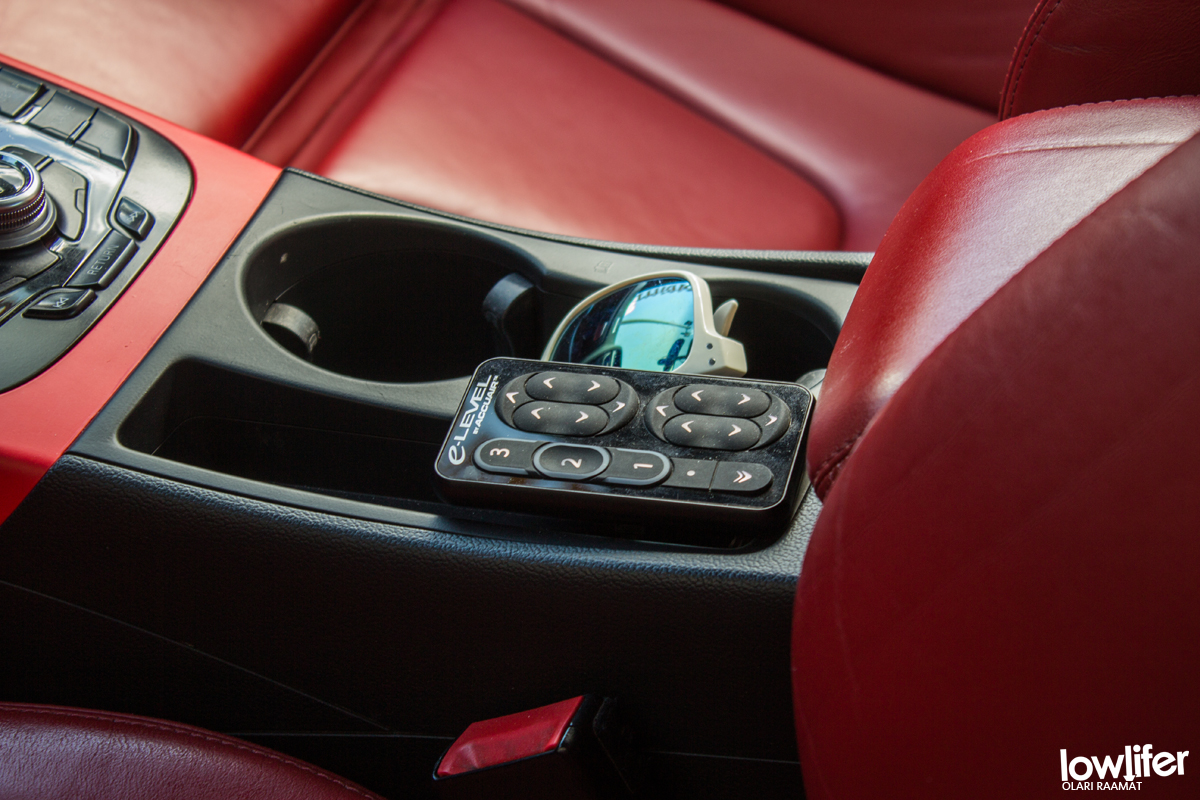 Every stance guy will recognize this remote instantly. The Banana has air suspension with AccuAir E-Level management which has also been approved by Finnish technical inspection. 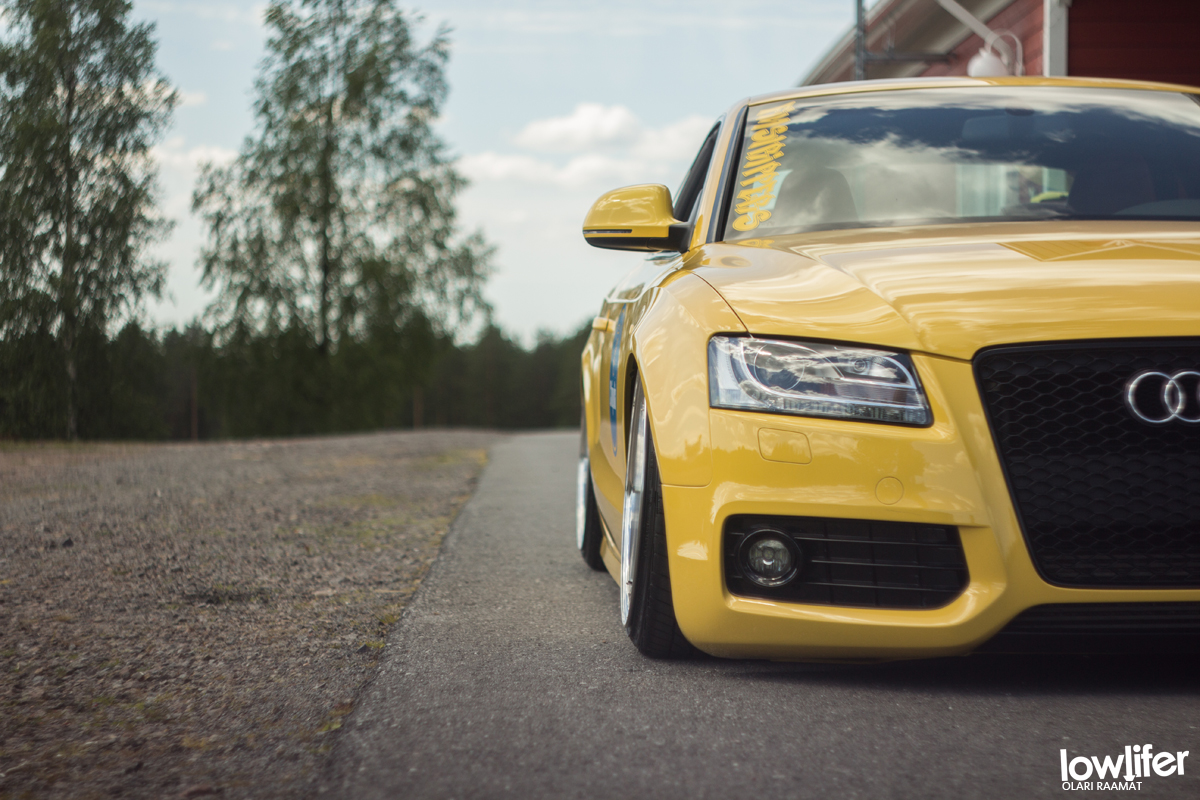 Under the hood is a 3.0 TDi motor with a remapped ECU which expressed in figures is 290 horsepower and 600 Nm of torque. Instead of the usual automatic it has a 6-speed manual gearbox and the car also has quattro all-wheel-drive. 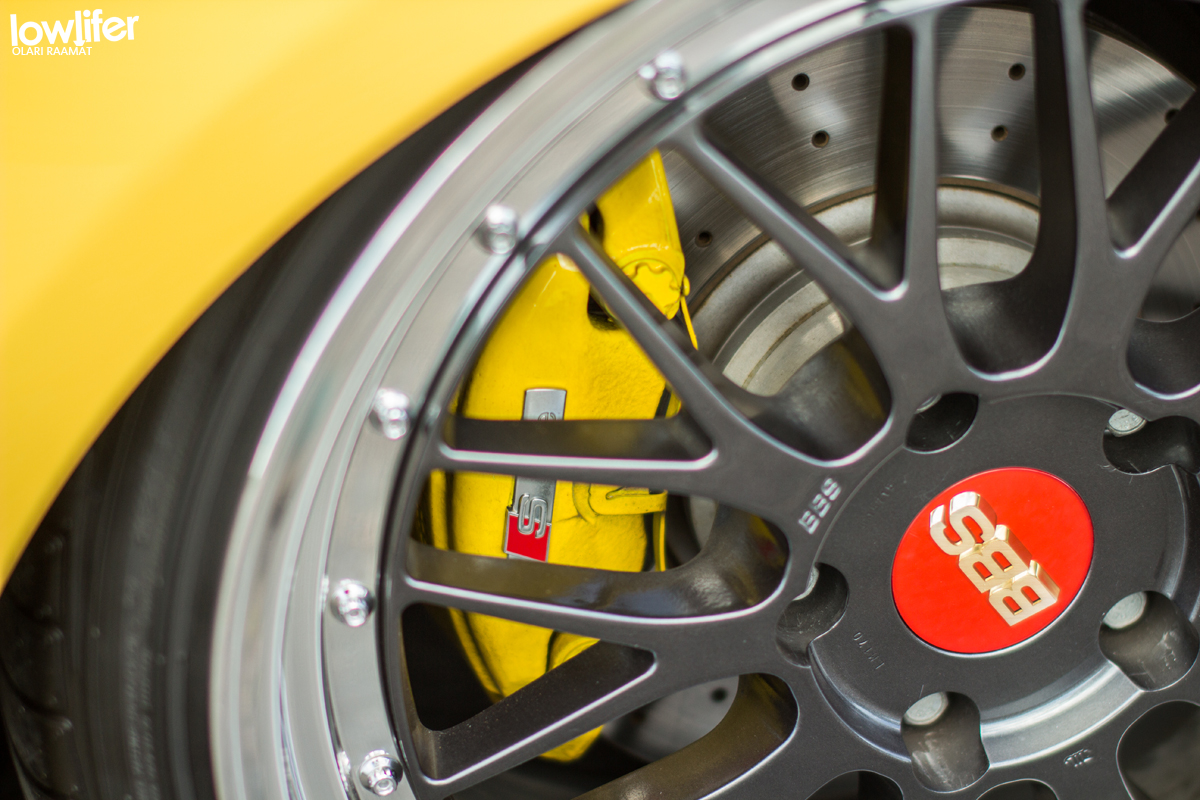 The spacious wheels bring out the drilled rotors and even the yellow S-Line supports are a bit like bananas. 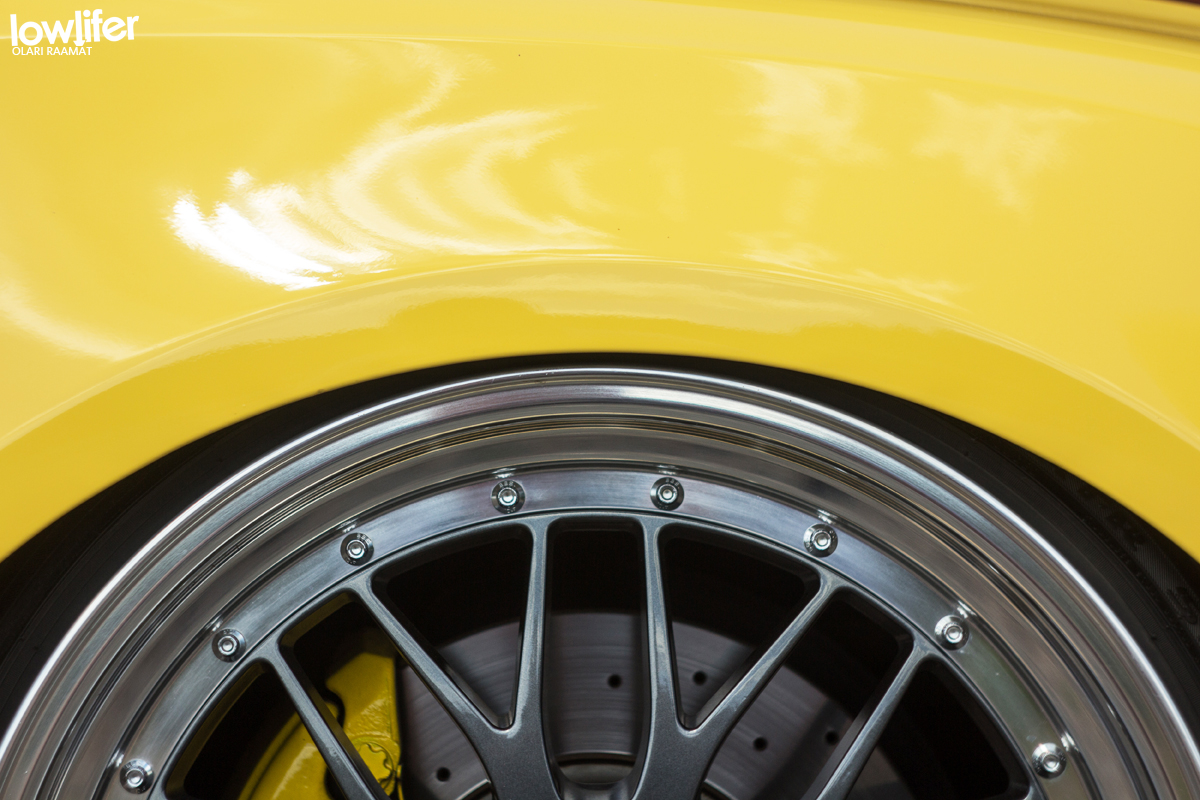 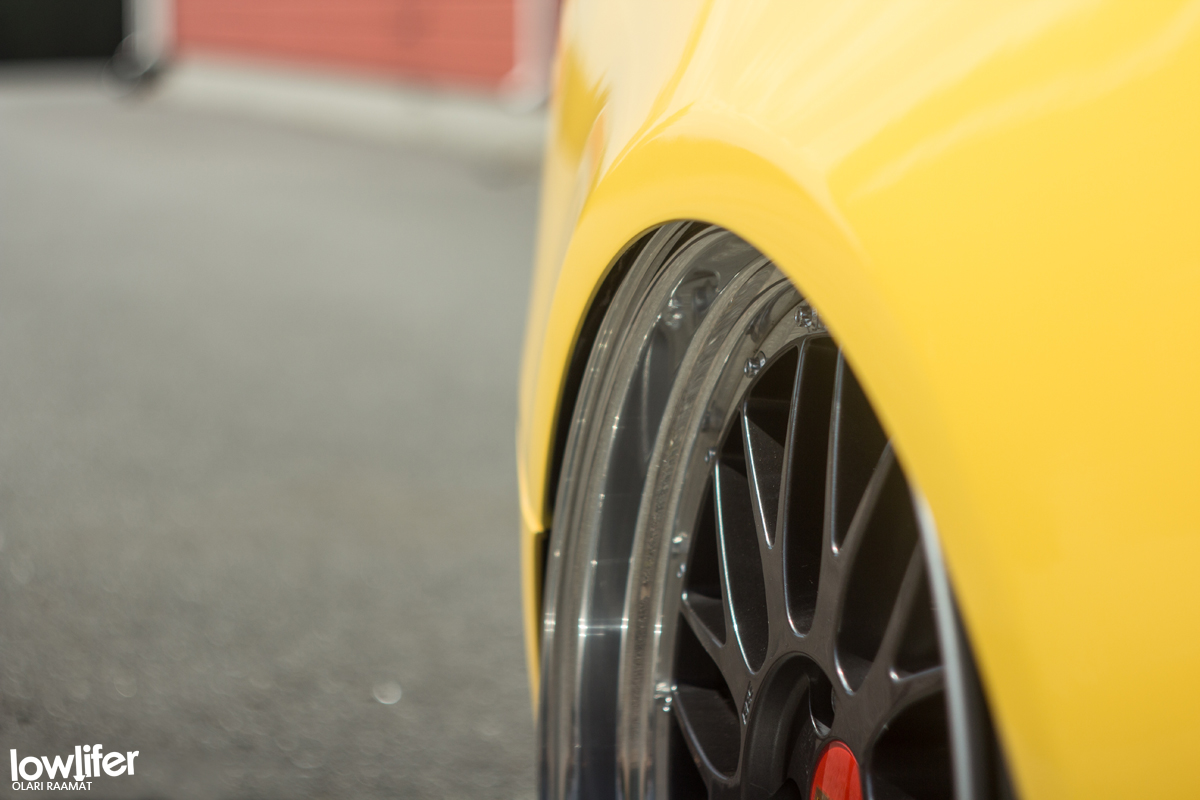 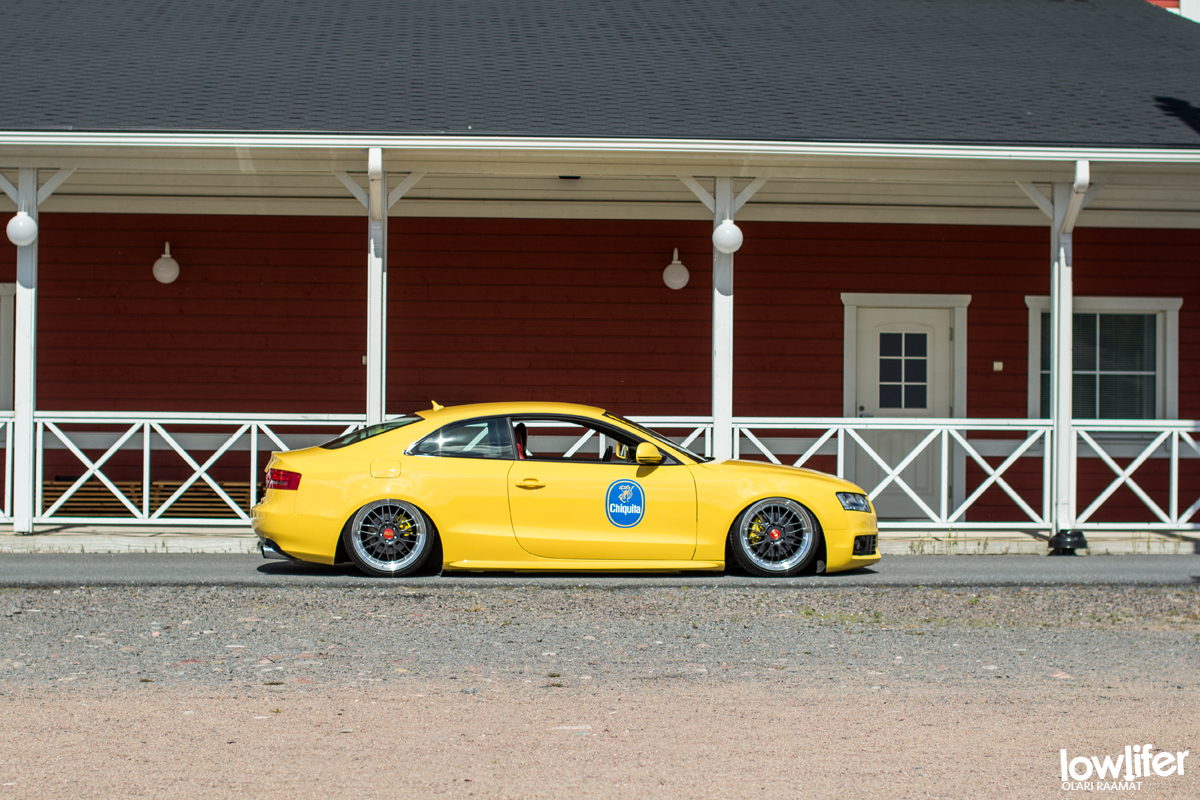 It’s not Tuukka’s first Audi. Also it’s not his first stanced car. Since 2001. when he got his driving license, all of his cars have been lowered. 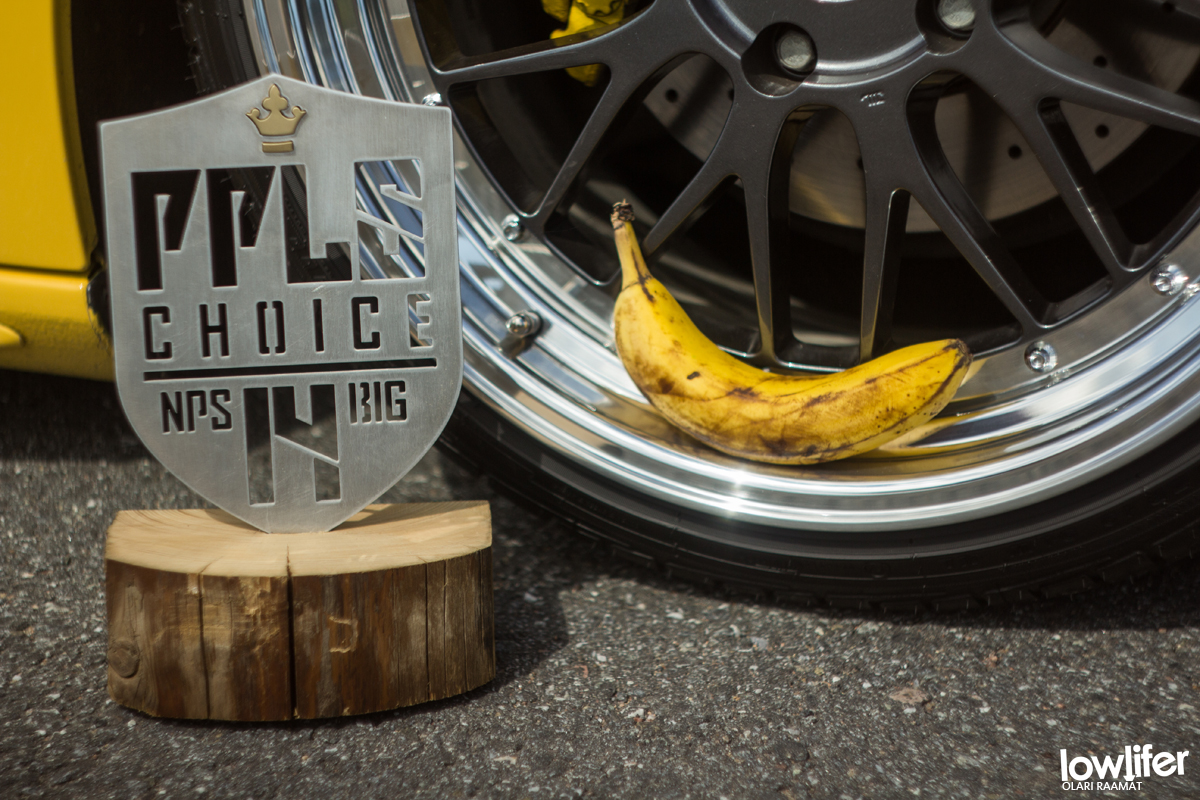 That special car was not only noticed by me but also got the People’s Choice award at NPS Big Meet 2014.